Thank you for your patience while we retrieve your images.

Home»All Photographs»Automobiles»29 May 2014. Rock and Rolls Tours in Liverpool. 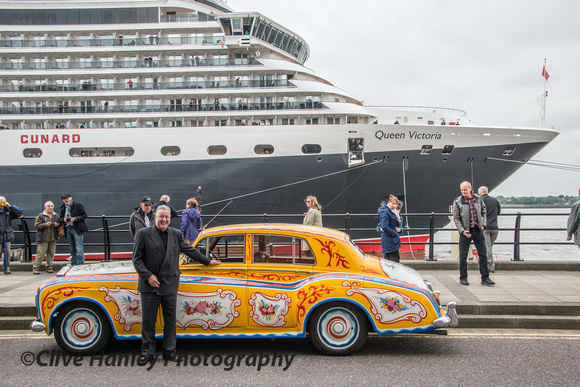 John Lennon bought his Phantom V Rolls Royce in 1965 in factory finished white but John wanted to make it one of a kind so he paid £1,000 for the ‘psychedelic’ custom paint job, he asked for it in the style of a “romany gypsy wagon”.

The car is a replica of John’s custom car and it’s owned by John Warrick who bought it to set up ‘Rock ‘n’ Rolls Tours: Luxury Beatles Tours’.

John Warrick said “I own a Beatles themed café on Penny Lane named ‘Café 23’ and since we’ve opened that, we’ve always thought about starting a ‘luxury Beatles tour’. My friend suggested I should do it “John Lennon’s car” and took it took 10 months from buying the car for it to get ready for tours.”
Clive Hanley
Powered by ZENFOLIO User Agreement
Cancel
Continue